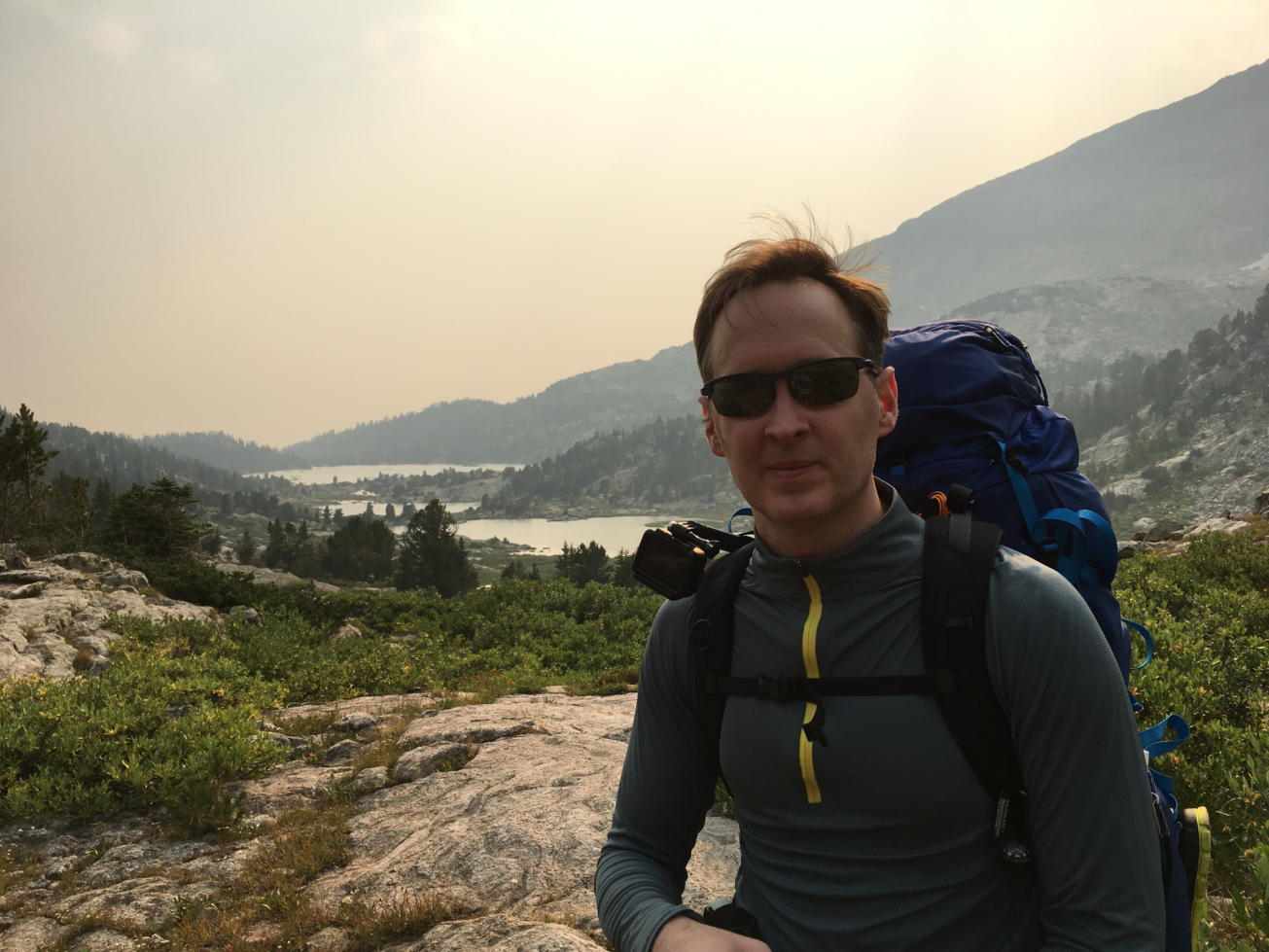 Dr. Doss hikes and backpacks locally throughout the year but tries to plan a large trip with a friend he met while in medical school, at least annually. This year’s trip was a 5-day, 64 mile backpacking trip through Wyoming’s Wind River Range during the first week of September. Temperatures ranged between the mid 20’s and high 60’s, which were perfect for backpacking.

They hiked from Elkhart Park trail head to Big Sandy Creek trail head and spent nearly 40 miles along the scenic CDT (Continental Divide Trail). Most of the hike was above 10,000 feet and provided plenty of vistas of the scenic landscape. The route was chosen to visit both Island Lake and Cirque of the Towers, two of the three most picturesque parts which draw hikers and photographers to this area of the country.

The Winds are situated just east of Pinedale, WY in the Bridger-Teton Wilderness, about 75 miles southeast of Yellowstone National Park. As can be seen in some of the photos, the wild fires burning in Montana, during that time, did cause some haze, but fortunately did not greatly impact the air quality during the trip. The scenery and beauty of nature is what Dr. Doss cherishes most about these trips, and for that reason he feels blessed for his role in helping others view the world in all its magnificent splendor.

Dr. James T. Doss, Jr. is board certified in comprehensive ophthalmology and specializes in cataract and refractive surgery. He brings a caring and patient oriented focus to the precision detailed field of eye surgery which he is passionate about. Doss grew up on a farm in south Georgia where he had a creative imagination, loved exploring in the woods, and was always fixing something mechanical, even from an early age. While in medical school, he always knew he wanted to be a surgeon, but it wasn’t until a chance encounter with an ophthalmologist during his third year that he realized how well the detailed and intricate microsurgeries of the eye fit his interests and talents. His focus quickly shifted from hand surgery to eye surgery, and that decision was solidified during ophthalmology rotations at The University of Florida and The Medical College of Georgia.

Dr. Doss completed his internship at the University of Tennessee Medical Center in 2005, before his ophthalmology residency in Virginia, where he had the opportunity to spend time in the clinic and O.R. learning from some of the UES physicians. After graduating in 2008 and becoming board certified, he began practicing in Boone, N.C. where he spent two years and was in the process of making partner when his wife realized that she was growing weary of the long, snowy winters there and yearned for the warmer climate and more cosmopolitan life they had known while in Knoxville.
In 2010 Dr. Doss joined UES where he knew he would be practicing among the top Ophthalmologists in the area, using cutting-edge technology, and collaborating with physicians who held themselves to a high ethical standard, while still being able to enjoy the mountainous beauty that drew him to the region initially.